We are at the election Tribunal to improve the electoral process in Rivers state … Victor Fingesi
Cultism as political weapon in Rivers State (1999-2015)
RIVERS IJAW MARCH TO BRICK HOUSE IN 2019 IS A TASK THAT MUST BE DONE
EXPOSED
THE IGBOID MAFIA TO RULE RIVERS STATE FOR 56 YEARS
– Ikwerre for 24 years
Introduction
There is a political cabal ravaging Rivers State – the Igboid Mafia.
The Igboid Mafia of Rivers State is widely believed to have emanated from a political dynasty traceable to former Governor Peter Odili. The sole purpose of the Mafia is to ensure that only the Igbo-speaking ethnic groups in Rivers State control political and economic power. This should however exclude the bilingual (Ibo-speaking) Ijaw people of Bonny, Opobo and parts of Okrika.
Membership of the Igboid Mafia are mostly politicians from Ikwerre, Etche, Ndoni, Ogba and Ndoki areas of Rivers State with some Ijoid and Ogoni cronies. These politicians masquerade and camouflage as persons representing the interest of their respective ethnic groups whereas their pursuit is purely personal and selfish. They do not have the mandate of their people to act as they do.
The father figure of the Igboid Mafia is said to be former Governor Peter Odili, a medical doctor turned politician from Ndoni town whose election in 1999 sowed the seed that became the Igboid political Cabal. His election was innocently spearheaded by prominent Ijoid (Rivers Ijaw) leaders.

Many reasons have been proffered for the emergence of the Igboid Mafia. Some say that Odili created it to protect his government against attacks from the dominant Ijoid group at the time. Others say that it was a product of Odili’s sad experiences during the Nigerian Civil War. Whatever the reason was, the Igboid Mafia has come to stay as the dominant factor in Rivers politics.

Prince Emma Anyanwu and Hon. Desmond Akawor are said to be converts from Etche and Ndoki respectively while Bro Felix Obuah and one Shederack Akalokwu are believed to be the arrowheads from Ogba/Egbema axis.

The Igboid Mafia is alleged to include some Rivers Ijaw opportunists like Dame Patience Jonathan (said to be Igbo by birth), Chief Feddy Alabraba, Prince Uche Secondus, Senator George Sekibo and Dr. Abiye Sekibo. There are also a handful of Ogoni cronies said to be led by the serving Secretary to the State Government, Kenneth Kobani.

Members of the cabal are driven by the sole desire to control the coffers of Rivers State and are united by the selfish aspiration to share political and economic power among themselves.

The Rivers Ijaw and Ogoni elements in the Mafia further conceal the real mission of the cabal, which is to enforce Igboid rule over Rivers State for 56 years in total exclusion of the Ijoid and the Ogoni nations.

Political Exploits of the Igboid Mafia

On inception in 1999, the budding Igboid Mafia confiscated the ruling Peoples Democratic Party (PDP) and sidelined the founding members of the party in Rivers State, including BOT members.

Former Governor Rufus Ada-George was chased into exile, Alabo T.O. Graham-Douglas sacked as Federal Minister, Marshall Harry and A.K. Dikibo were killed. The Mafia rendered the Rivers State House of Assembly ineffective and manipulated the appointment of the Chief Judge of the State. The Swift Operations Squad (SOS) of the Nigerian Police was used to coordinate militants against perceived political opponents.

The act of unleashing violence on opponents was the trademark of the cabal which increased or reduced in intensity depending on the level of desperation of the leadership. The cabal appointed well-known cult leaders as members of the State Executive Council and made them leaders of the party in their respective local government areas. The leadership of the Mafia grabbed and manipulated local government administration and nominated stooges into the state electoral body and into INEC as Resident Electoral Commissioners.

The dislodging of the political order that existed before 1999, required that the new power bloc was installed by force of violence and Rivers State has known no peace thence. Cultists and cult leaders emerged as candidates to local government councils and to State and National Assemblies.
Since 2003, the Igboid Mafia has never depended on actual votes to win elections; they seize the electoral process by force. However, in order to psychologically intimidate the Ijoid and the Ogoni groups, the Igboid Mafia has ensured massive falsification of population and voters registration figures in their domains – figures that can’t stand the test of one-man-one-vote.

The Igboid Mafia and its allies have emasculated Rivers people who watched helplessly as the cabal handpicked and installed their cronies into elective offices. This act of impunity was always backed by the presidency and enforced by state security agencies, cultists and militants.

In the midst of these devious political exploits by the Igboid Mafia, many Rivers people suffer impoverishment and dehumanization. Many people are killed and several communities are destroyed in orchestrated communal crises. The sanctity of the traditional institution is desecrated and societal values are upturned as the cabal ensures that the political and economic fortunes of genuine leaders are reversed by force. The Igboid Mafia of Rivers State has come to stay and it reigns supreme.
Nyesom Wike outsmarts the Mafia
The Igboid Mafia was originally designed to monopolize political power in trust for the Igbo-speaking areas of Ndoni, Ikwerre, Ndoki, Etche, Omuma, Ogba, Egbema and Ekpeye. Accordingly, Odili was said to have insisted on Ikwerre candidates to succeed him in 2007 against stiff opposition from the Rivers Ijaw leadership. The hidden plan of the Mafia was that after Ikwerre, the governorship would move to Ndoki with Desmond Akawor waiting in the wings. But amidst the confusion that attended the Rotimi Amaechi’s internal revolt against the Mafia, Nyesom Wike outsmarted the rest of the cabal. 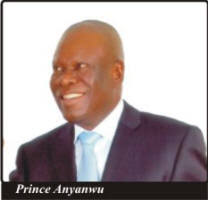 Leading the Ikwerre wing of the Mafia, Nyesom Wike formulated the doctrine of Ikwerre North, Ikwerre South, Ikwerre West and Ikwerre East. His group insisted that Ikwerre alone has 1.1 million of the 2.5 million Rivers votes and can retain the governorship in perpetuity if they chose.

Many had thought that Nyesom Wike was merely joking at the time he propounded  the Ikwerre North and South theory, but the events of 2015 elections have further enshrined this perception. Currently, there are rumours that Hon. Austin Okpara or Emeka Woke has been earmarked to succeed Nyesom Wike in 2023.
The Ikwerre scheme to rule Rivers State for 24 years include:
·        The re-drawing of the demography/political map.
·        Domination by the Igboid group over the Ijoid and Ogoni.
·        The economic empowerment of Ikwerre.
·        Spending the entire state budget on Ikwerre land (PH & Obio/Akpor).
·        Using renegade Ijaws, especially discredited politicians and militants from Kalabari and Okrika to execute Ikwerre agenda.
Non-Ikwerre members of the Mafia have maintained that it is sheer travesty for Ikwerre members of the cabal to change the rule and sit tight. They are reminding their Ikwerre colleagues to look back and remember the sorry state of Ikwerre before Odili rescued them in 2007. Until then, no Ikwerre man smelt the Government house; not because Ikwerre had no qualified candidates but because of the type of hegemonic politics now being emulated and adopted by the Ikwerre faction in the Mafia.
Other members of cabal are grumbling that Ikwerre that was pulled out overnight from the ashes of nothingness and made the lords of the Rivers State Government House are forgetting that Ikwerre governors did not emerge through a free-for-all contest. They argue that Wike must not seek a second term in office as his was a child of circumstance that has since lapsed.
Rotimi Amaechi: the righteous rebel
One ex-beneficiary of the activities of the Igboid Mafia was former Governor Rotimi Chibuike Amaechi who was singlehandedly anointed governor by Odili in 2007 but who had since parted ways with the cabal or so it seems.

Rt. Hon. Rotimi Amaechi had disagreed with the fundamental objectives of the cabal and declared that for equity and fairness to reign, power must rotate among the ethnic groups in Rivers State – a position that negates the goals of the Mafia.

During the 2015 governorship campaigns, Amaechi argued that the contest should be open to every ethnic group in the state other than Ikwerre. He cautioned that if an Ikwerre man is allowed to succeeds him in office after he (Amaechi) had served for eight years, then other ethnic groups will never again get a chance to be governor.
Amaechi warned that if Wike was allowed to be governor in 2015, it will encourage other selfish Ikwerre politicians to think that “only Ikwerre people can come together and elect themselves as governors” He called on all Ikwerre patriots to rise against Wike and vote for a candidate from another ethnic group.
To the rest of Rivers people, Amaechi said “If you people allow him (Wike) to succeed, then forget your children, they will never be governors again because all it will take is when he finishes, another Ikwerre man will tell Ikwerre people: ‘I’m your son’ and Ikwerre will support him”.
“We must show justice and ensure that political power is equitably distributed. Even if you are an ethnic group of 20,000 persons, you have a right to the governorship of the state” Amaechi said.
Those who truncated the zoning agreement shall face cosmic repercussion… Sara-Igbe

Chief Anabs Sara-Igbe is a Niger Delta activist, an Ijaw leader and former special adviser to Governor Peter Odili on security matters. He was the spokesman of the Rivers Democratic Movement (RDM) and a successful businessman.

I am a web developer who is working as a freelancer. I am living in Saigon, a crowded city of Vietnam. I am promoting for http://sneeit.com

Subscribe to receive inspiration, ideas, and news in your inbox

ABONNEMA CHIEFTAINCY CRISIS: ALL YOU NEED TO KNOW

Photos from the coronation of King Ateke Tom, the Amayanabo of Okochiri

BLOOD SACRIFICE FOR 2019: A review of the Don Wanny Saga

Communique of the Southern and Middle-Belt Leaders’ Forum on Security, National Dialogue, Restructuring and the 2023 General Elections

Seinye is holding the body of our father hostage – Dumo Lulu-Briggs: exclusive interview

Communique of the Southern and Middle-Belt Leaders’ Forum on Security, National Dialogue, Restructuring and the 2023 General Elections 0

Seinye is holding the body of our father hostage – Dumo Lulu-Briggs: exclusive interview 0

Rebecca: Greetings, I'm not the best speller but I see the word "aginst" is spelled incorrectly on your website. In the past I've used a service like SpellAlerts.com or SiteChecker.com to help keep mistakes off of my websites. -Rebecca

slot online pulsa pandora188: Simply desire to say your article is as astounding. The clearness for your submit is simply excellent and i can suppose you're a professonal in this subject. Well together with your permission allow me to take hold of your RSS feed to keep updated with approaching post. Thank you one million and please carry on the rewarding work.

scr888 trusted agent: A well experiences Seo company can an individual to in this key fact. However, as a person who already been involved with affiliate marketing for years, I see blogging slightly differently.

Ahead of his second term, President Buhari asked to tackle abject poverty in the Niger Delta even as FG approves oil export terminal for Kula 0

Why hairstyles are afraid of the truth 0

ABONNEMA CHIEFTAINCY CRISIS: ALL YOU NEED TO KNOW

Introduction The Devil stole the peace of the Kalabari town of Abonnema when some seven paramount chiefs of the town under the aegis of the “United ...
Read More

“Children were captured in the presence of their helpless parents and taken away to be initiated into cultism and anyone who refused was killed and th ...
Read More

Introduction: It once stood as first of its kind and magnitude in the entire landscape of the country; a source of pride and reference, built whe ...
Read More
© 2019 - Rivers Ijaw Voice Newspaper. All rights reserved. Powered by Idea Hoster